The Origins of Turkish


The Origins of Turkish

The Origins of Turkish

The Turkish Language originated in The Altai Mountain Range in Northern Siberia centuries ago.

For this reason it is called an Altaic Language.

Turkish is spoken from the borders of Greece into the hinterland of Western China.

While the Ottoman Empire flourished Turkish was spoken from Vienna to Arabia, Egypt and Northern Africa.

As nomads expanded further into Asia Minor they brought their language to Turkmenistan, Kazakhstan, Uzbekistan, Azerbaijan and Turkic countries.

Many of these languages are mutually intelligible although vocabulary usage, spelling and alphabet may differ.


They all exhibit the same grammatical structure of agglutination and vowel harmony.

The Turkish vocabulary contains many words from Arabic, Persian and European languages.

These imported words follow the basic grammar and vowel harmony of native Turkish.

An Overview of The Turkish Language.


The Structure of Turkish.

Turkish is not a Classical Structured Language.


Turkish grammar is not looked on by the Turks themselves as a Classical Structured Language.

Turkish has its own grammar rules which are not based on the Classical System as those in Latin or Greek.

Most Turkish grammars for foreigners are written by linguists and grammarians.

Usually authored in consort with a Turkish national.


They tend to use a classical language framework.

Consequently most grammars are peppered with such classic terms as accusative, dative, locative and ablativetogether with such tenses and moods as aorist, subjunctive. 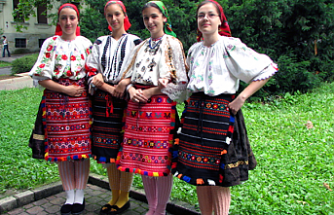